Usage notes: French sports team uniforms usually consist of blue jerseys along with some white and red in an echo of the French flag. For this reason – and also because their official names are very dull – French teams are nicknamed les Tricolores or, more often, les Bleus. (Or les Bleues in the case of women’s teams.) That way, instead of supporting the team with calls of Allez l’Équipe de France de football !, fans can yell Allez les Bleus ! (and of course Vive la France !)

While the infinitive can be used for impersonal commands, in this case it doesn’t make sense, as the encouragers know exactly who the encouragees are. It’s also less direct. When you’re yelling for your team, you want to be very direct, so the correct verb form is allez.

Allez is the second person plural imperative of aller (to go).

It’s also an informal interjection for encouraging someone, along the lines of "come on." Weird as it seems, it is commonly used alongside verbs conjugated for tu.

Interestingly, as simple and obvious as the slogan Allez les Bleus ! is, for years it was trademarked by an individual who earned hundreds of thousands of euros from it before the Comité national olympique et sportif français (CNOSF) reacquired the rights in December 2014. 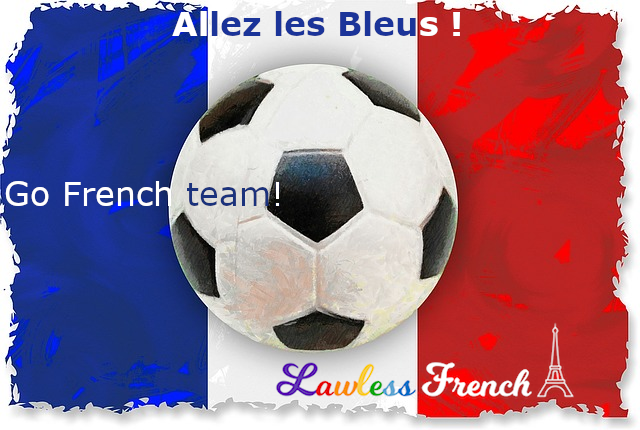