Usage notes: Au lieu de is a very useful French expression for mentioning an alternative; it’s equivalent to "instead of" and "rather than," as well as its anglicized version "in lieu of."

In English, "lieu" is pronounced [loo], but you can hear in the sound file above that the correct French pronunciation is [lyeu].

The alternative offered after au lieu de can be a noun, pronoun, or infinitive.

Au lieu que can be used in front of a subordinate clause in the subjunctive, but this construction is somewhat archaic, so it’s better to reword the sentence in order to use au lieu de instead. 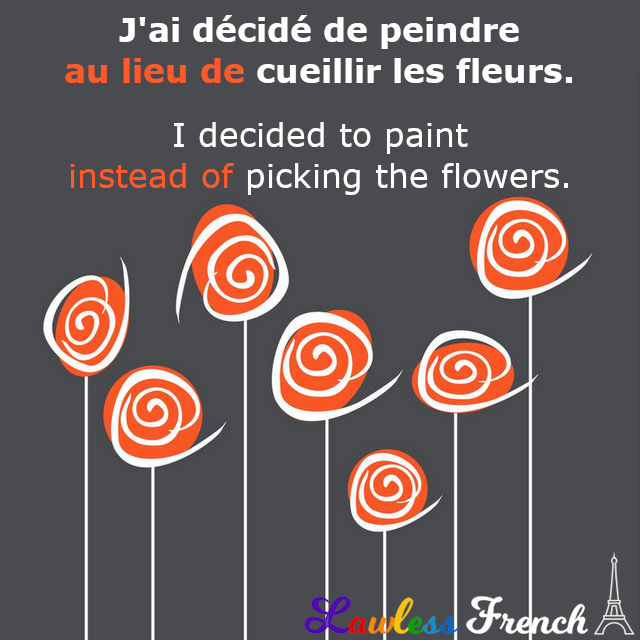