Usage notes: The French expression tu m’étonnes doesn’t usually* mean what it says. Literally “you surprise me,” tu m’étonnes actually means just the opposite: “I know, I’m not surprised at all.” The first time I ever heard it I was a little offended by the sarcasm, but in fact it’s just an example of opposite speak.**

* Tu m’étonnes can also be used in its literal sense:

** Like in the expression “I could care less” when what you really mean is “I don’t care at all, so I could not care less.” In French, by the way, this is equivalent to Ça m’est égal or Je m’en fiche.

(Yes, yes, some people claim that the only correct expression is “I couldn’t care less.” I disagree. “I could care less” is widely used in the US, and even the OED lists it as an American colloquialism: source.) 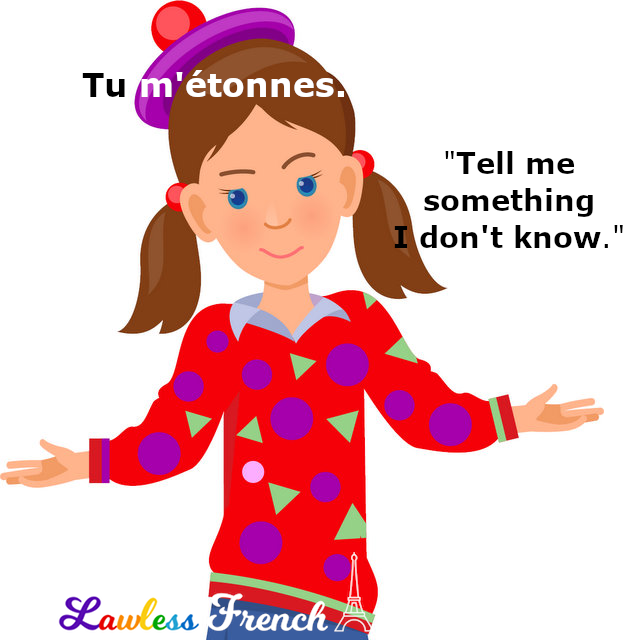