Impersonal expressions are used in two types of constructions.

In this construction, the only thing you need to worry about is whether the verb in the subordinate clause needs to be in the indicative or subjunctive.

Il est and c’est are still interchangeable, but the preposition required – à or de – depends on whether il / ce is a real subject or a dummy subject.

When il or ce is a real subject, meaning that it refers to a previously mentioned noun, you need the preposition à.

Note that when dealing with a real subject that is feminine, il changes to elle.

When il or ce is a dummy subject standing in for the verb that comes after, you need the preposition de.

* C’est and il est are interchangeable only in impersonal expressions. For other uses, see C’est vs il est. 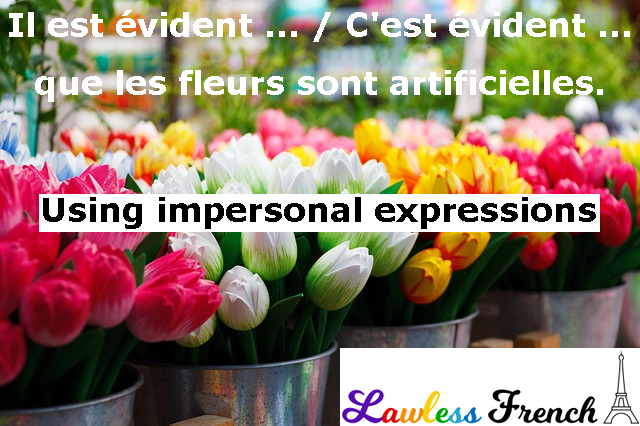