The passé simple is a single-word past tense, equivalent to English’s simple past, aka preterite – at least when speaking strictly about the conjugation. Unlike the simple past, the passé simple is a literary tense and is thus limited to formal writing, such as literature, journalism, and historical accounts. However, that does not mean it’s not essential: it’s used in all written stories, even children’s books.

The passé simple is the literary and historical equivalent of the passé composé, which is used when speaking and in informal writing, such as a letter to a friend. The passé simple and passé composé are never used together, though either one may be used in conjunction with the imperfect – learn more.

Unless you’re planning to write a novel or become a journalist, it’s unlikely that you’ll ever need to use the passé simple, but you do need to recognize the conjugations in order to read in French. 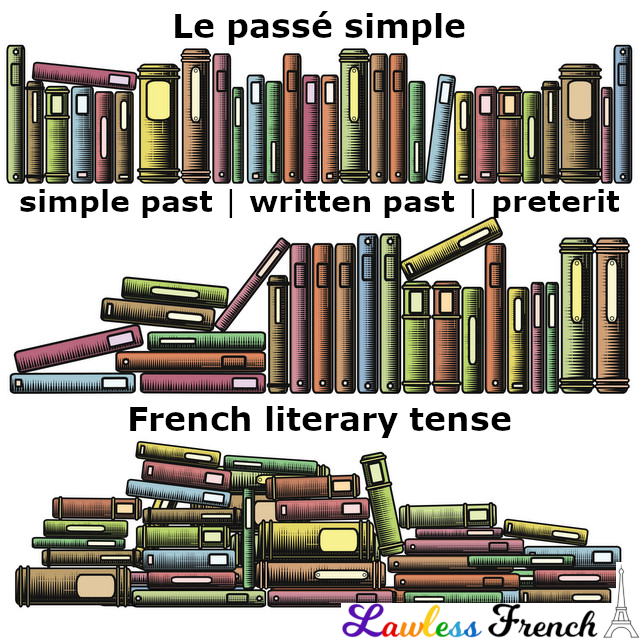